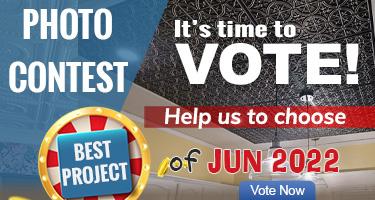 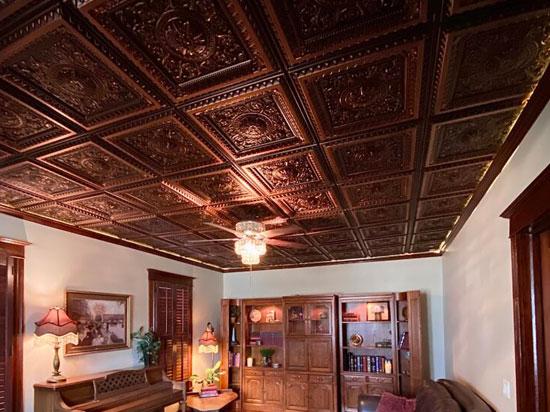 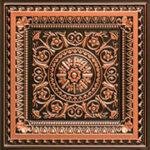 “Had ugly old 12”x12” cellulose fiber ceiling tiles in my 115 year old American Four Square that were probably considered an upgrade in the 50s or 60s when I believe they were installed over the plaster and lathe. After a complete home renovation/restoration this room was my last project. For 10 years I loathed the ceiling but was too afraid to touch it, due to the possibility of asbestos and of course because of the mess I knew would result from a teardown. I had it tested and was asbestos free so I had the green light to remove it. However, the mess kept me from taking on the project. I had looked into real tin tiles years ago but the expense was too great. Several years passed and I began a vigorous search for a solution to my ugly ceiling, even consulting with designers and contractors, and was close to attempting a skim coat. Then…I came across Decorative Ceiling Tiles. I was skeptical at first so I ordered several samples. Fell in love with the product and was completely sold on the fact that I could glue them right over the existing ceiling. I absolutely love my ceiling now and no one would even guess that it is not real metal. Visitors think that my ‘tin’ ceiling is an original feature of the house. This improvement restored the character and charm of this room and honored its original age.“Tips: Found center of ceiling and started with center tile and ceiling fan install. Was a breeze from there. Dropped crown moulding and installed rope light.– Melanie Hartmann